TICKETS GO ON SALE SATURDAY, AUGUST 25 AT 10AM

Tickets on sale Saturday, August 25 at 10AM ONLY at The SRP Box Office at James Brown Arena. Online ticket sales are not available for this concert.  Tickets are $40, with a 4 ticket purchase limit, and purchasers must be at least 16 years old with their own photo ID.  Anyone purchasing with credit card must have matching photo ID.  For more information please call the James Brown Arena at 706-722-3521 or Beasley Media Group, Inc at 706-396-7000.

The KICKS 99 Guitar Pull has been the most anticipated annual concert in the Central Savannah River Area for the last 20 years.  The first ever concert took place at the Sacred Heart Cultural Center in 1998 with 400 people in attendance and featured artists, Michael Peterson, Chely Wright, Doug Stone, The Warren Brothers, and The Wilkinsons. Since 1998, Guitar Pull has showcased over 120 of Nashville's biggest stars such as Luke Bryan, Thomas Rhett, Lady Antebellum, Rascal Flatts, and the list goes on!

“We are thrilled to announce the line-up for the 20th Anniversary of KICKS 99 Guitar Pull,” says Beasley Media Group VP/GM, Kent Dunn.  “Every year we are able to bring some of the top country artists to the CSRA and this year is no different! Especially with our mystery guest only attendees will get the chance to see.”

Tickets will be given away at the KICKS 99 Guitar Pull ticket stops and also on air at KICKS 99.5.  Go to www.kicks99.com for a complete list of ticket stop locations.

This year’s Guitar Pull is presented First Choice Homebuilders & Associated Credit Union.  The concert benefits The United Way of the CSRA, providing badly needed funds to support local families who find themselves in need during the holidays.  It is the largest single donation of the year that the United Way of the CSRA receives for this purpose.

Semi-Custom,Spec or Custom Home: What’s the best option for me?

COVID-19:An Update to Our Customers

Is NOW really the time to build?

April is in Full Swing

Things to do in Augusta in December 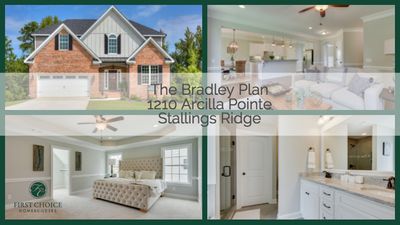